Cycling as a Part of Modern EU City 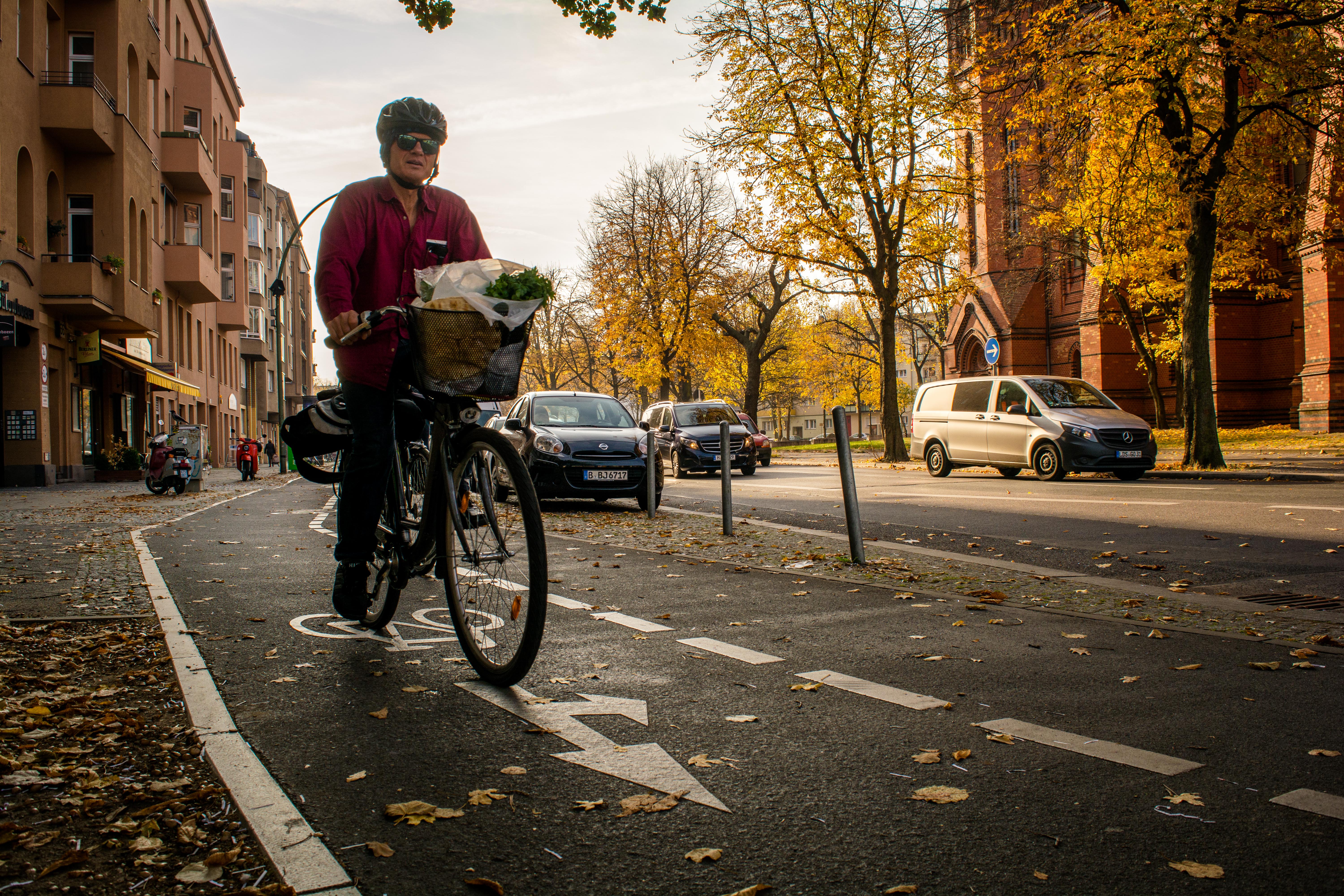 Cycling is a lifestyle. It is a source of health, ecology and good mood. However, to gain all the benefits from cycling, you need to have a well-developed cycling infrastructure. The EU could present a good example to be used in Moldova.

Nowadays, cycling is not just a sport or Sunday entertainment, it is a lifestyle. So, it is hard to find a modern European city which does not share a passion for this type of sport, and this trend has a reasonable explanation: cycling is convenient.

However, to get all the benefits of cycling, you need not only the experience of riding a bicycle, but also a developed bicycle infrastructure. Unfortunately, not all cities can offer a developed infrastructure for cyclists, as well as the conditions for safe and comfortable cycling. “If we talk about the cycle paths that have been made in Chisinau, unfortunately, they were made only to show off. It is completely inconvenient to use them, because usually they are blocked by the cars”, Sergiu Bejenari, chairman of the public association “Comunităiti Active pentru Democrație Participativ” commented on the situation:

“I, as a novice cyclist, am afraid to go on the roads of Chisinau, it is dangerous. Drivers are not used to cyclists in the city. Cycling along the main streets is one thing, but when you travel to other areas in the city, everything is more complicated. I therefore ride on the pavements.

The main problem I encountered were the cars parked on the pavements. For this reason, it is usually impossible to ride at a normal speed because, on the one hand, there are the stairs of various buildings and, on the other, parked cars – added to this are the pedestrians, so riding a bike on the pavements is difficult.

The second problem I encountered was the lack of special ramps at intersections. The curbs are high and, because of this, cyclists have to get off their bikes.

Another important issue is bicycle parking, or rather, the lack thereof. For example, state-owned enterprises do not have bicycle parking. I recently went to FISC, and there was nowhere to park a bike. There is also no parking at the Chisinau City Hall. Previously, it was on the side of Stefan cel Mare Boulevard, and now it has been removed. Cyclists therefore have to think about where they can chain their bikes. These problems could be solved if the cycling community starts informing local authorities about existing problems as often as possible”.

Moldova on bicycles: The story of the developing cycling infrastructure

Today, the development of cycling infrastructure in Moldova is at an early stage with almost 10 years of history and attempts behind it. So, in 2009, the first attempt to allocate territory for bicycle lanes within the city of Chisinau was made. As a result, a yellow line appeared, separating the road from the potential bicycle lane; similar lines also appeared on the pavements. Later, bicycle path signs were drawn on selected areas.

Unfortunately, the project was carried out in violation, and this resulted in many bicycle lanes marked on the pavements leading directly to a pole, a dead-end or another obstacle; those that were marked on the road were completely ignored by car drivers.

So, red bike lanes appeared on the Stefan cel Mare Boulevard, which are located on the pavement. To them were added symbols at the crossings, which greatly facilitated the process of crossing the streets.

However, problems remain; most pedestrians do not understand that the allotted territory belongs to the cyclists, and the drivers continue to park their cars on the accessible part of the pavements.

Today, the city administration is trying to solve this issue with the installation of restrictive bars.

2018 gave the cyclists’ community a separated area for movement in the Valea Morilor Park. This was a landmark event, as this park is considered the most suitable and convenient for cycling. The initiator was the Sports Social Network Sporter.md. The initiative was met with a negative reaction by non-cycling citizens.

“The first problem we face is the lack of a cycling infrastructure. The first bike paths that we had were incorrectly designed, and because of meteorological conditions, they no longer exist.

Another problem is that not all state and commercial institutions have bicycle parking. The conditions are not suitable for people to ride bicycles to work and leave them in a safe place.

In addition, according to the rules, cyclists can ride on the road one metre from the curb but, nevertheless, many drivers do not respect cyclists and squeeze us from the road. Some drivers even argue that we should ride on the pavement but, if we do this, we violate the rights of pedestrians.

To improve the cycling infrastructure in Chisinau, it would be good if, in some sectors of Chisinau, there were separate lanes for cyclists. For example, on the roads from the district of Riscani to the centre. The width of the pavements and roads would absolutely allow us to build bicycle paths on this segment. So, these sectors should be connected with cycle paths.

In order to achieve this, I think that a survey should be carried out and a dialogue held with the local authorities. Unfortunately, the way things have been done so far is not very effective, because they do not know exactly how certain problems can be solved”, Vasile Fotescu, chairman of the cycling club “Clubul ciclistilor amatori RM” commented on the situation of the cycling infrastructure in Chisinau

Cycling infrastructure in the EU: An example to follow

European countries offer many examples of how to properly and effectively develop an urban infrastructure so that cycling grows and becomes fundamental. Of course, not all countries can offer their residents such conditions as Denmark, which even has a separate bicycle bridge. However, this trend is actively spreading throughout Europe and serves as a good example for every other country.

In Denmark, the average resident annually rides 893 kilometres. In comparison, in Germany, it is only 300 kilometres, even though the infrastructure in the country is really developed and allows cyclists to feel like full-fledged road users.

A good example is Spain and Italy, where separate roads are allocated for cyclists.

“It would be good if, in Chisinau, there were points for bicycle repairs, bicycle traffic lights, bicycle parking. I have seen it in Holland, I have seen it in Israel, and it really works! Given the fact that many electric scooters have recently appeared in our city, it is safe to say that the bicycle community is growing. This stream of life is already unstoppable and I hope that our authorities will pay attention to this and will think about the organisation of the cycling infrastructure in Chisinau”, noted Vasile Fotescu.

So, the main problem of the development of an infrastructure for cyclists in Moldova is the rejection of the fact that cyclists are full members of society and the road-traffic, the same as pedestrians and drivers. In order to eliminate this factor, as well as to direct the attention of the city authorities to the problem, initiative groups and public organisations hold regular events designed to popularise cycling in Moldova. Such events include Velohora, Criterium, Velo Fun, Ciclo mosul, Gentleman's ride, etc. – but it is not enough.

To date, a number of initiator groups have been developing applications which will help to improve the quality of cyclists’ lives. Thus, in the spring of 2019, the ‘Ciclismul urban Chisinau’ project will be launched, allowing people to get acquainted with the traffic regulation rules for cyclists, driving ethics and safety rules in a game form. In addition, the public organisation, ‘Comunități Active pentru Democrație Participativa’ is going to develop a mobile application, thanks to which residents of Chisinau will be able to notify the city administration about the absence of ramps, improper parking on the pavements and the absence of bicycle parking or bicycle lanes.

Now, it is hard to say how quickly Chisinau can become the cyclists’ capital. However, a number of favourable trends can develop into truly effective solutions. With the correct approach and knowledge of European colleagues in the field, the active position of citizens and the cyclist community, a comfortable infrastructure for cyclists can be created in Chisinau. 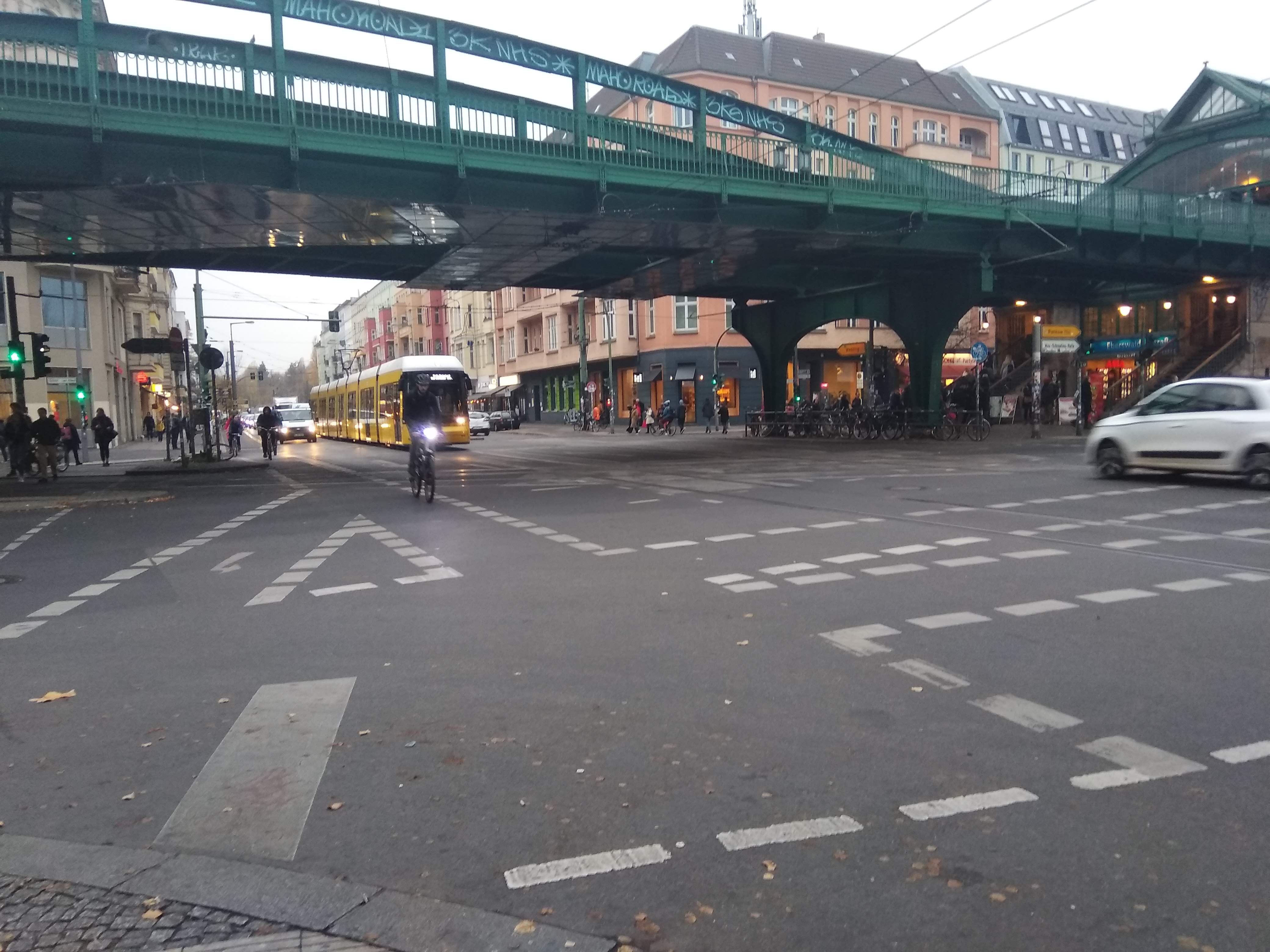 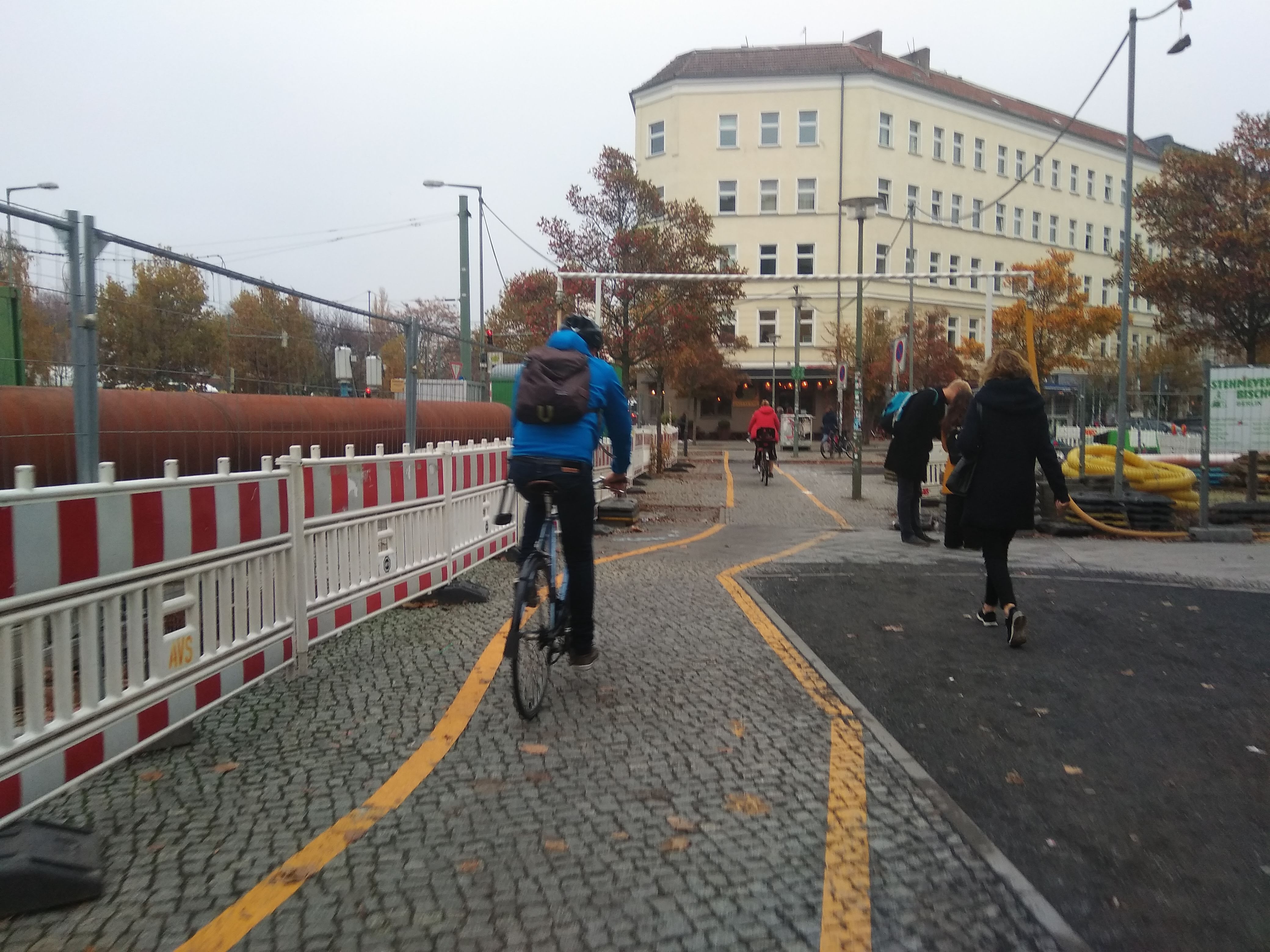 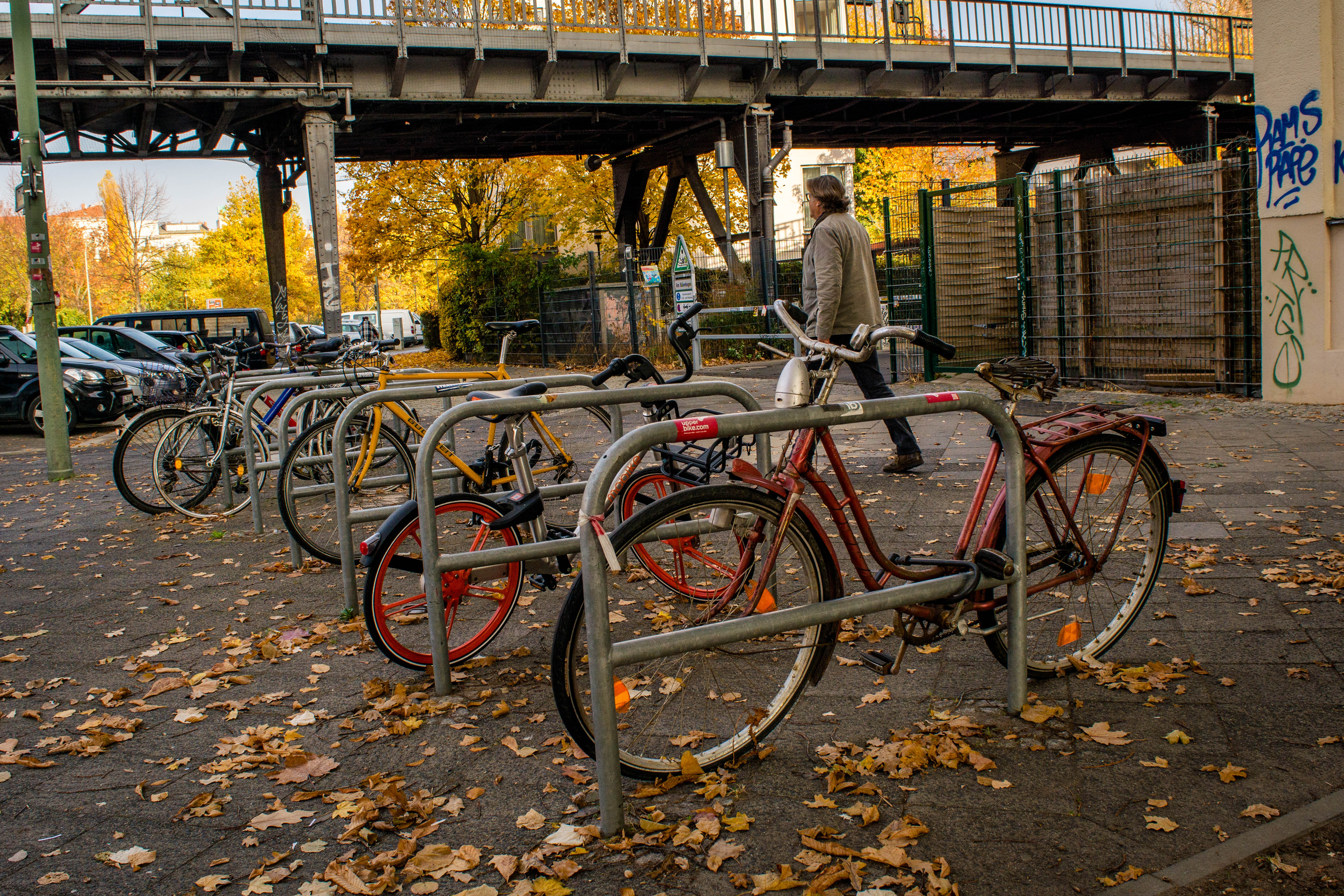 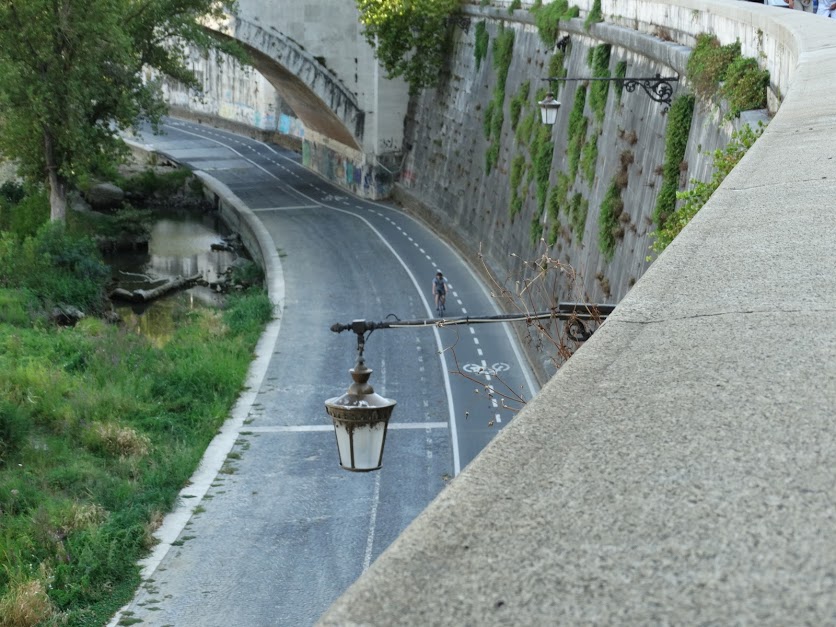 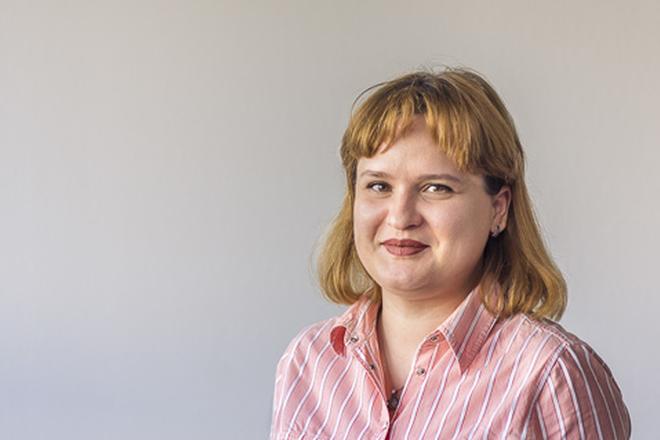 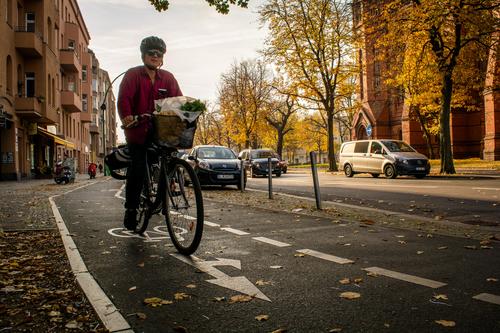 Cycling as a Part of Modern EU City

Cycling is a lifestyle. It is a source of health, ecology and good mood. However, to gain all the benefits from cycling, you need to have a well-developed cycling infrastructure. The EU could present a good example to be used in Moldova.
Read more