10 years of Eastern Partnership, but what is next?

The European Union is present in Moldova – with a delegation, money and projects.Some people hope for more. However, it is not only up to Moldova to decide. 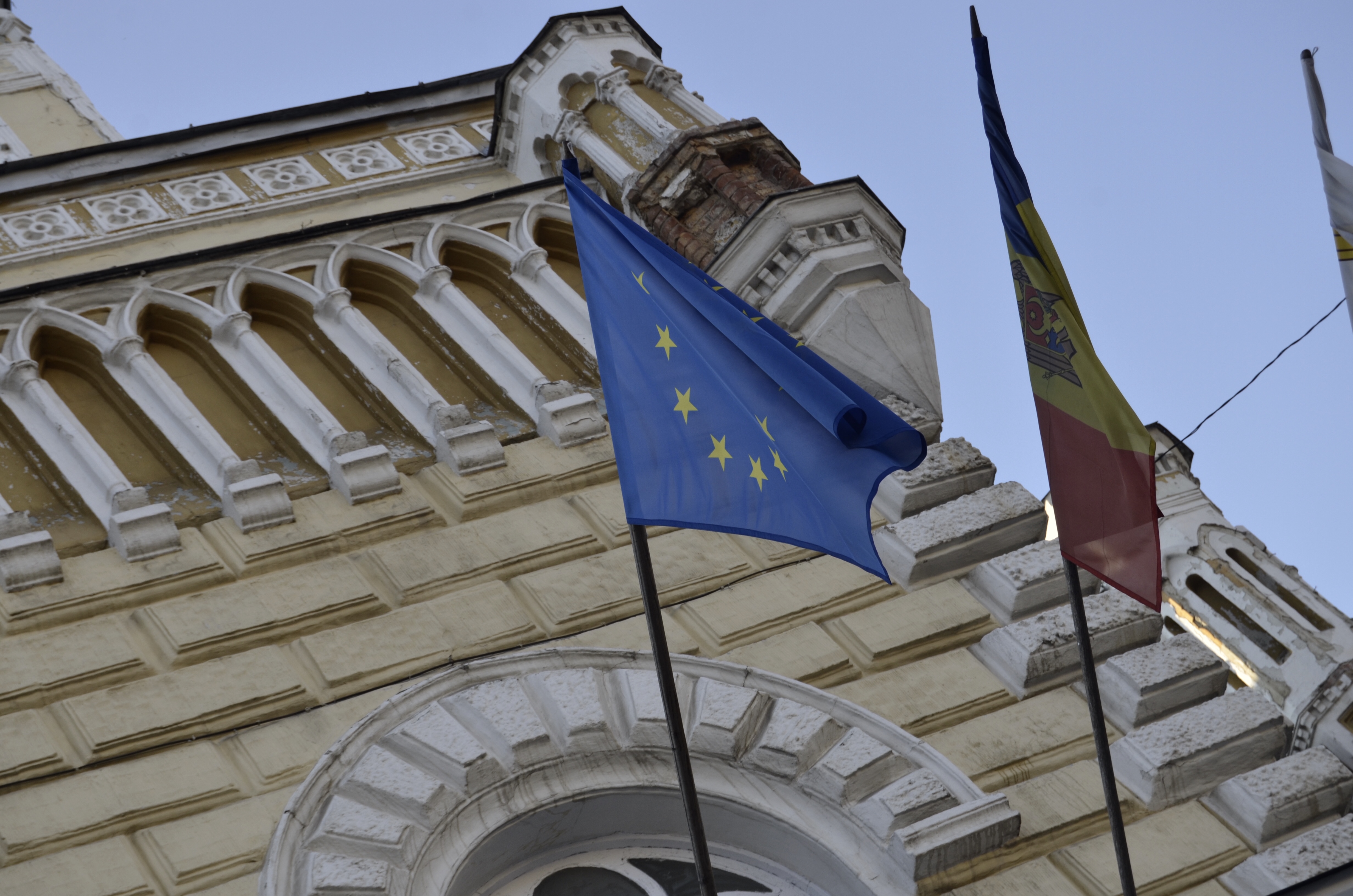 On several buildings in Moldova’s capital, Chisinau, the Moldovan and the European Union flags fly right next to each other, as if they always had. However, there are many discussions going on about the relationship. ©Sarah Schröer López

The EU is important to Moldova. After ten years of Eastern partnership, it is time to evaluate the situation – and there is not only one opinion about the future. However, before plans can get tackled, there are problems to face.

From time to time, Daniela and her grandfather have fights about the political status of their home country. “My grandfather is very emotional about the past when it comes to the relationship between Moldova and the Russian federation”. He does not want to hear about the European Union and its diversity, the 21-year-old political science student says, “I get upset every time I talk to him”. Daniela, who studies at Moldova’s State University in the capital, Chisinau, sees a lot of benefits in the relationship between the European Union and Moldova. A topic that leads to many discussions in her country.

With its location between Romania and the Ukraine, it already looks on the map like Moldova is somewhere between the European Union and Russia. However, what does the reality look like? Are Daniela and her grandfather representative of Moldova?

The European Union is celebrating ten years of Eastern Partnership this year, together with six different countries. One of them is Moldova. So, what has ten years of this relationship changed in a country that was independent less than 20 years before said relationship began? 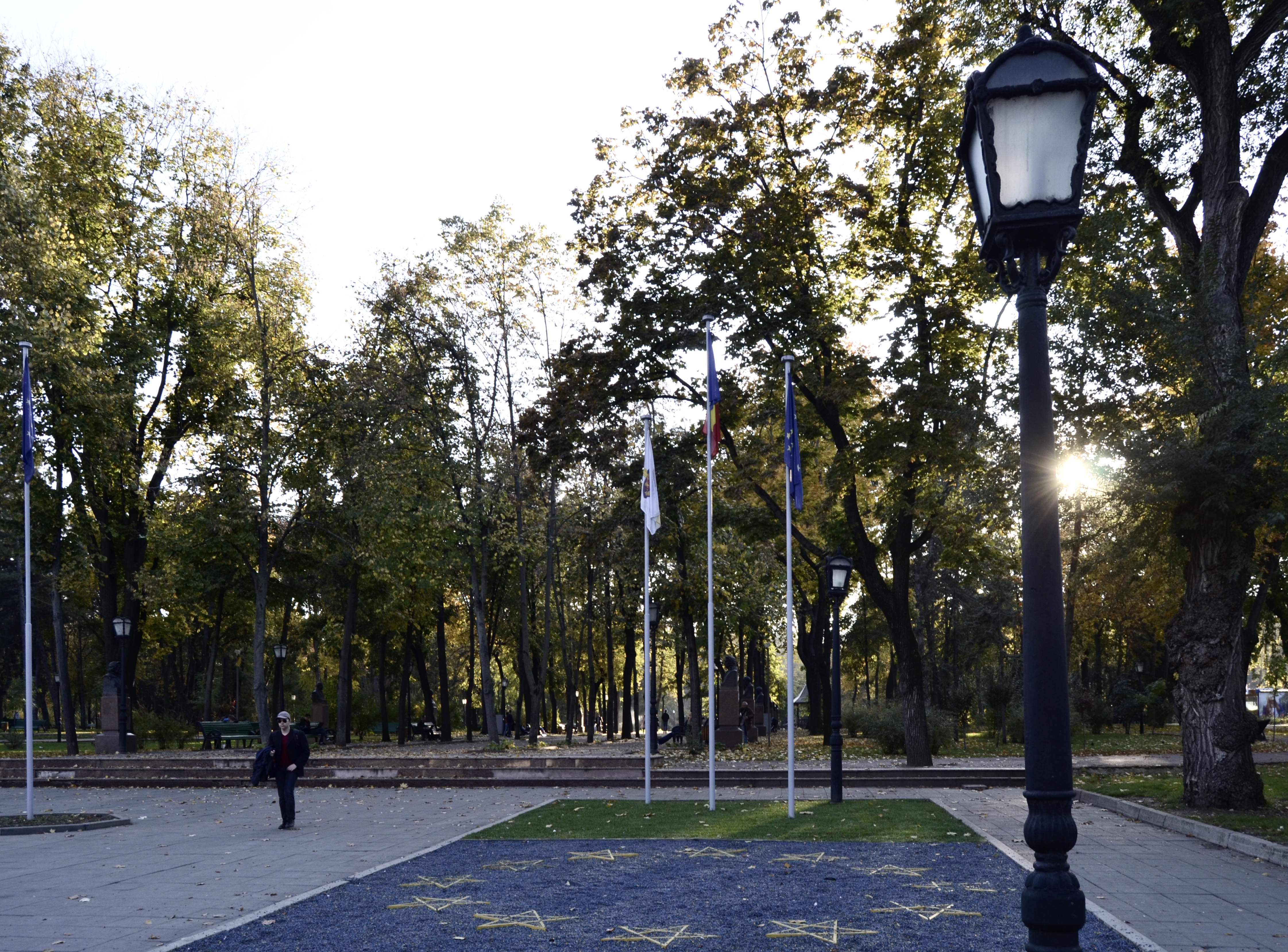 It is what the government wants to show concerning a possible membership: “Our message to the EU is: This should be possible. We understand it is a very long way ahead but, for us, it is very important to know that the door is not closed, it is open”, says Vladimir Cuc, head of the unit for political co-operation with the European Union and European Integration of the Foreign Ministry of Moldova. When he talks about the European Union – sitting in front of its flag in his ministry – he often mentions the word ‘preparation’: “We have to prepare ourselves, work a lot on domestic reforms, transform things and, in broader terms, make our life closer to the way of life which is going on in the European Union”.

It sounds simple, but it is not. Moldova has problems to face. First of all: corruption. The NGO Transparency International publishes a ranking each year looking at the state of corruption in countries worldwide. Moldova is number 117 of 180. The organisation justifies this using the examples of the lack of freedom of the press and the compromise of the judicial system.

Even if those problems were solved, what it takes to become a member of the European Union has just recently been outlined again. Albania and North Macedonia met all the standards, but membership talks have still not begun because some member states, including France, have blocked it. It is not looking good for those Moldovans who want their country to become a member state.

One who really wishes Moldova can take this step soon is Lilian Bejan. He is the director of Ambera, a small company with four employees which produces cold-pressed oils. The factory is located only six kilometres from Chisinau’s most popular sights, next to a windows factory. Lilian Bejan is an expert on oils; he can explain how many sunflower seeds are needed for one bottle of oil – but he also knows that Moldova is not the best country in which to sell cold-pressed oils from walnuts or sesame seeds. “Our product is quite expensive. I think not more than 10 percent of our population could afford to buy our oils”, Lilian Bejan says, “there is no market for them here”. 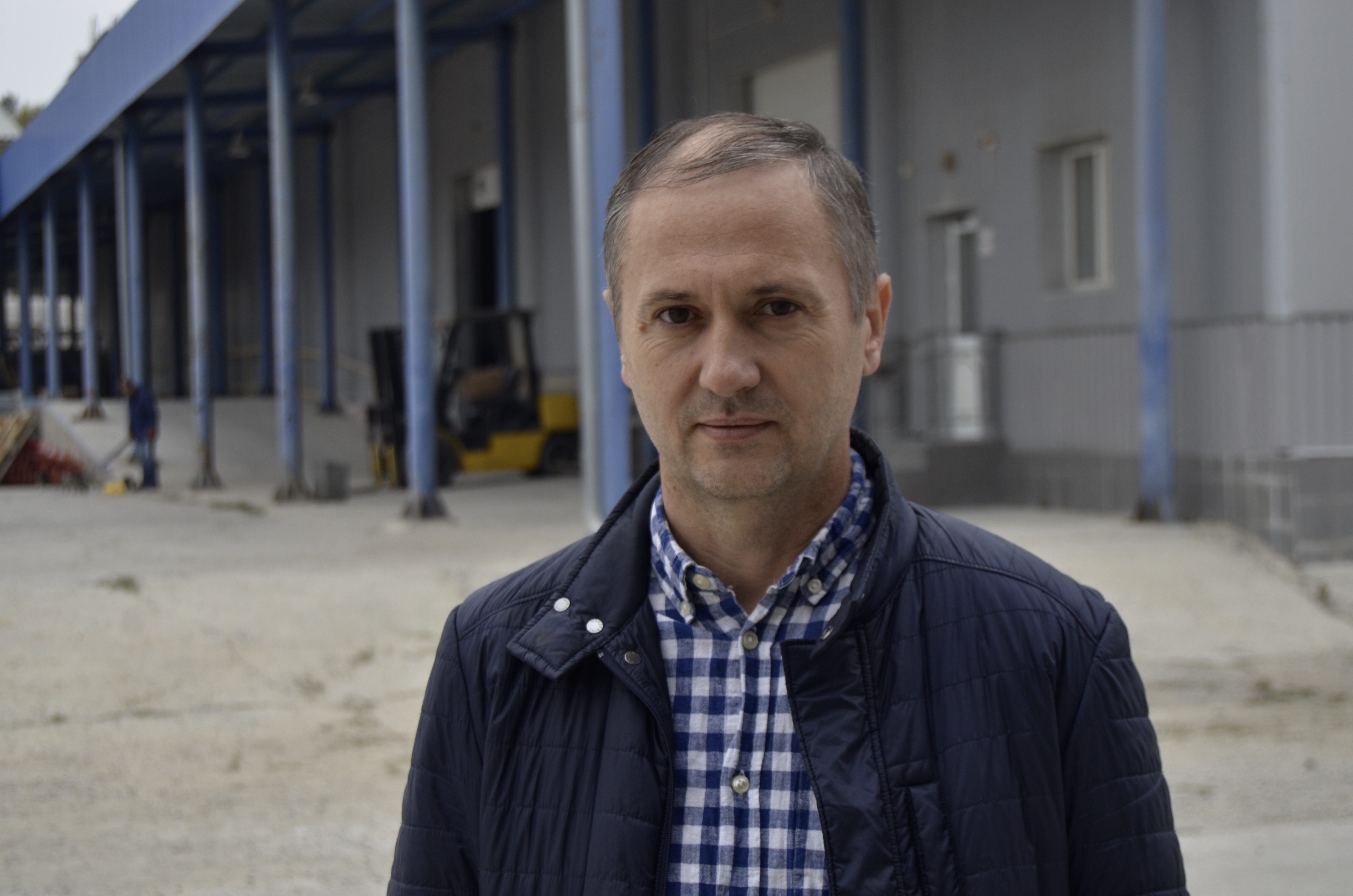 When Lilian Bejan talks about his dreams for the company in a few years, he mentions Denmark, Sweden and Germany: “I want to sell into the whole of the European Union, and not only cold-pressed oils, but also other ecological products”. The director is convinced that a membership would make the company bigger, because it would provide new customers.

The European Union is already Moldova’s most important trading partner. Today, 70 percent of Moldova’s exports go to the European Union, followed by Russia with only eight percent. This high number can be directly linked to the Association Agreement which Moldova and the EU signed in 2014. It allows Moldova to benefit from reduced or eliminated tariffs for its goods.

The relationship between Moldova and the EU is on good terms, at least that is what Peter Michalko says. The Slovakian diplomat is the ambassador of the European Union and the head of the EU delegation in Moldova. However, those who ask him about Moldova’s chances of entering the European Union get a rather matter-of-fact answer: “What still needs attention is corruption, the judiciary and the sector of justice. Two years ago, we had a budget programme for justice, and we paid zero because no reforms were made. So, there has even been some regression in the last years”.

These words could also be used by Lilia Zaharia, a Moldovan journalist, who works for the Stopfals! investigative platform. When it comes to the European Union, she says, there is some disinformation in the media which leads to false beliefs by the Moldovans.  Some people think that the EU will force Moldova to accept legal marriage for homosexuals, or to let many refugees into the country, she says. “There was fake news saying that, in the European Union, many more people infected with syphilis than in Moldova, but when we checked the statistics, we found out that the opposite is the case”.

Max is 19, he considers himself as part of the 55 percent who have a good view of the European Union. The student grew up in the Ukraine for the first eight years of his life and has two mother tongues: Russian and Romanian. Although Max is more pro-EU than pro-Russia, he is also sceptical about a possible EU membership. “Our culture and our language are what makes us different and give us our identity. If we identify ourselves just as Europeans, it will be a bad development for our country.”

However, many Moldovans find their way to Europe. Back in 2015, it was reported that half a million Moldovans have a Romanian passport. It is not only the passport which allows them to live and work in their neighbouring country, but an EU member’s passport which makes it possible to work and live in all the countries of the European Union. According to the IOM in December 2015, the number of Moldovans living abroad at that time was already more than 750,000. How many people currently live in the European Union is hard to say, as they normally enter the country without their Moldovan passport. The main push factor is the economic state of their home country, such as poverty, the lack of adequate employment opportunities and low salaries. The average salary in Moldova is only about 330 euros according to the National Bureau of Statistics of Moldova.

However, despite this, Daniela who sometimes fights with her grandfather, still does not want to emigrate and work in the European Union. “Yes, I have the opportunity, but I won’t do it because who else will stay in Moldova and deal with the problems? Furthermore, this county has the potential to improve its situation”. As a diplomat of the future, Daniela wants to work towards this. Until then, she can only wait to see which path the government will take – towards the European Union or in the opposite direction. 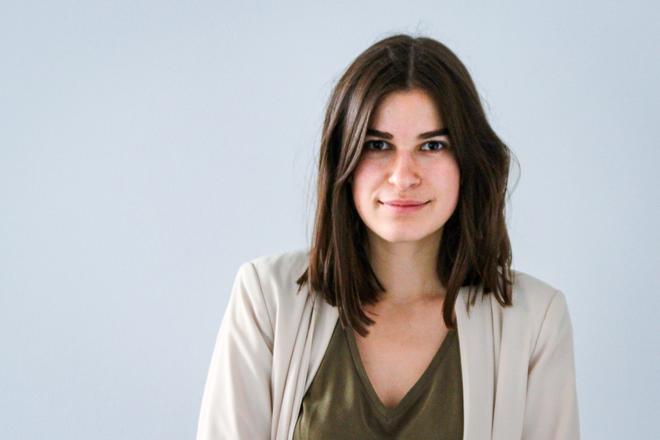 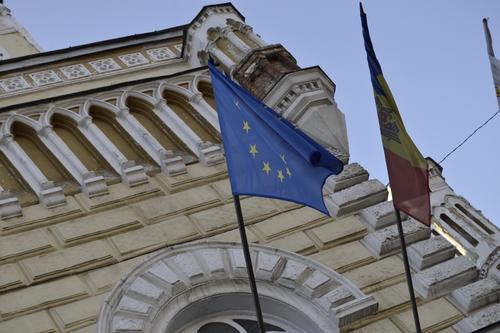 10 years of Eastern Partnership, but what is next?

The EU is important to Moldova. After ten years of Eastern partnership, it is time to evaluate the situation – and there is not only one opinion about the future. However, before plans can get tackled, there are problems to face.
Read more